UPDATE: A leaked (or released?) letter from Dr. Allen to SWBTS President Adam Greenway from May 28th is accessible here.

Greenway is Al Mohler’s former Dean, famous for recently challenging the biblical definition of pastor – claiming the Baptist Faith and Message 2000’s restriction of the office of pastor to men to likely applied only to the (biblically non-existent) office of “senior pastor.” Greenway platformed unrepentant plagiarist Ed Litton,

Dr. Allen made the announcement via a Facebook press release:

After noting Dr. Allen’s long list of academic credentials, the statement noted that “On May 28th, Allen informed Dr. Greenway and the SWBTS’s Board of Trustees in a nine-page letter that he had no intention to retire or resign from his Distinguished Professorship at the Fort Worth, Texas seminary.”

SWBTS President Adam Greenway’s flirtation with pastoral egalitarianism may signal a deliberate targeting of non-woke conservatives (yet non-Calvinist traditionalists) like Allen, who recently appeared at a conference with old guard SBC leaders like former SWBTS and SBTS President Paige Patterson and Johnny Hunt.

Adam Greenway got into an unofficial tiff with Al Mohler at the 2022 SBC Annual Meeting, as Mohler defended the office of pastor from being “studied” by a committee, and Greenway waffled on the connection between the biblical description of the function of pastor-elder and the SBC’s, claiming that the SBC was not a “credal denomination.” 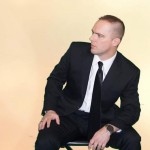 The SBC Has Been Assimilated for Years