This is how liberals begin their arguments, universally. It’s more of a law than a rule. There are few if any exceptions to it and it goes like this…

“I’m a conservative, but [let me undermine conservatism on this point…].”

So when you hear someone make an argument beginning with, “I’m a solid conservative/Calvinist/Capitalist/cessationist/complimentarian BUT…” and then go on to immediately undermine the doctrine for which they claim to be “solid” you will know immediately that their strategy betrays their intentions.

Politically, organizations like The Lincoln Project exemplify this technique as they preach, “We are good, solid Republicans, but we want you to vote Democrat this election.”

Theologically, organizations like The Gospel Coalition, various Southern Baptist entities and seminaries, and 9Marx all do the same as they preach, “We are good, solid conservatives, but Social Religion has a lot of fine points about it.”

So when you hear, “I’m a conservative, BUT…” let it be like a bombing raid siren in your mind. Because you’re being attacked. 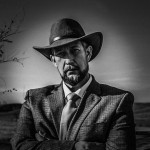 Christianity Today and Russell Moore: A Match Made in Hell

Op-Ed: The Might of the SBC is Raging Against Megan Basham